The Indian government has announced it will introduce free Wi-Fi hotspots to over 1,000 rural villages in the country. Participation in modern society is pretty much impossible without a good internet connection - but unfortunately there are still many parts of the world that are cut off from this, one example of this is in rural India where internet penetration levels remain dismally low.

The decision to turn off 2G in Singapore later this year is set to have devastating consequences for thousands of people who still use the city state’s second generation.

Singapore authorities have opted to pull the plug on 2G mobile phone networks in April this year. However, cash strapped migrant workers and technophobic pensioners are set to be cut off after failing to embrace the technology revolution in the city - instead opting for 2G network cheap and robust handsets as opposed to smartphones.

South Korea has been named as the No.1 nation in the world when it comes to having an innovative economy. The Korean's came out on top of Bloomberg's Innovation Index for 2017. The nation won the award based on its R&D intensity, value-added manufacturing and patent activity. However, it was the Nordic nations who were the biggest winners overall, but two nations featuring in the top five.

The beautiful city of Makati in the Philippines has taken the first steps towards becoming a smart city, following an announcement which was made at the FTTH Council Asia-Pacific’s Philippines Workshop. The project has been described as a trend setter in terms of smart cities in the region – and it has been described a significant and progressive step in the development and regeneration of cities in the Philippines. 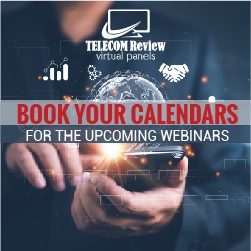