The Museum of the Future presented Dubai’s vision of tomorrow in its inaugural participation at the 26th International Trade Show for Museums (SITEM), held at the iconic Louvre Museum in Paris.

His Excellency Khalfan Belhoul, CEO of the Dubai Future Foundation, led a senior delegation, which included Lath Carlson and Majed Al Mansoori, the Executive Director and Deputy Executive Director respectively of the Museum of the Future.The annual event once again welcomed many of the world’s most prominent cultural institutions. 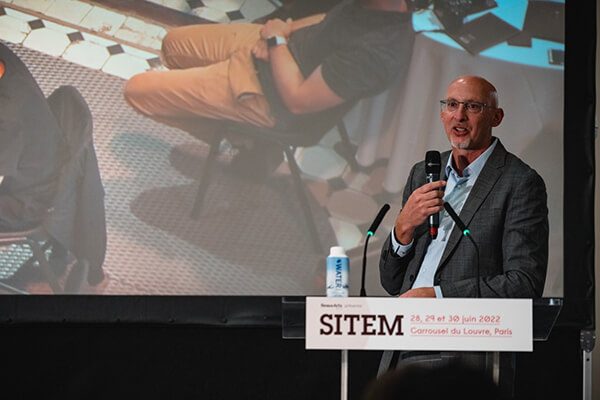 Lath Carlson, the Executive Director of Museum of the future at the event. 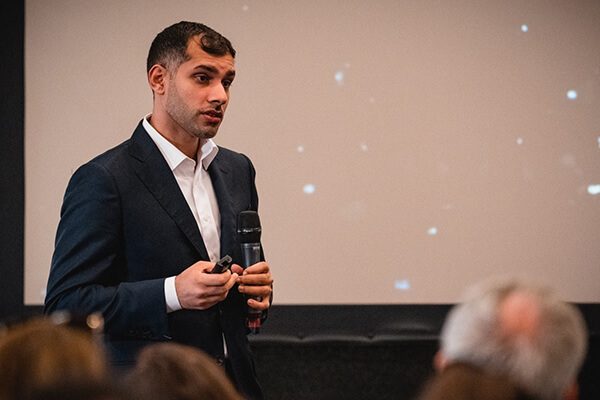 Majed Al Mansoori, the Deputy Executive Director of the Museum of the Future at the event.

Following its debut in February, the Museum of the Future was invited to the flagship Parisian exhibition to shed light on how it aims to incubate a new generation of talent and build a better future for humanity. By embracing the latest breakthroughs in advanced technology, the museum is also spearheading global efforts to provide unparalleled visitor experiences and stimulate Dubai’s cultural economy.

His Excellency Khalfan Belhoul stated, “We must advance collaboration and cooperation to uncover solutions that meaningfully address new and emerging threats in a complex and fast-changing world. This is our modus operandi at the Museum of the Future and Dubai Future Foundation. Our presence here in Paris represents a golden opportunity to engage with like-minded peers and establish deeper ties as we create pioneering experiences in a museum focused on making history by perceiving the future.”

“Paris is a global metropolis renowned as a destination for art, culture, cuisine, science and technology,” he continued. “Much like Dubai, it is also a hub for tourism, a source of knowledge and a home to some of the world’s most impressive architectural projects. The Museum of the Future set new benchmarks in the design and development of cultural landmarks. Today it serves as an incubator for bright minds to accelerate big ideas that can strengthen Dubai’s position as a place to address some of the world’s most complex challenges.”

His Excellency added that Dubai’s embrace of cutting-edge technology and the pursuit of innovation to drive social, economic and environmental growth makes it an advantageous place to unify global efforts around building a better future for humankind.

The Museum of the Future’s participation consolidates its new global position as a landmark tourism destination and an incubator of science, technology, knowledge and creativity. It also represents another step toward strengthening strategic partnerships between the UAE and the international community as it unites minds to explore the future of human brilliance.

SITEM brings together international players annually to address important and original themes and topics. Delegates explore museums from the inside, and increasingly within their urban and social contexts.